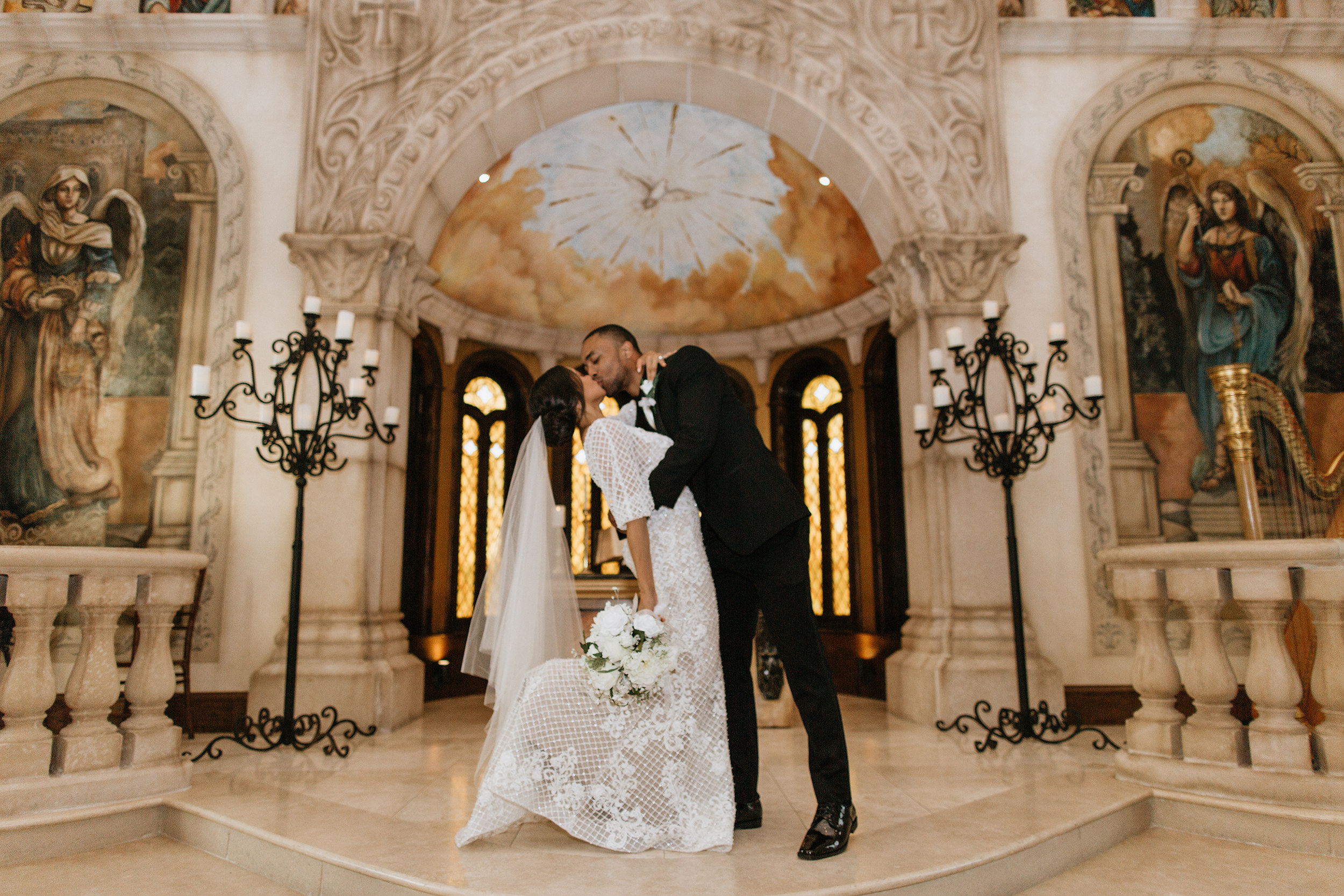 A happily ever after wedding with a touch of New Orleans

When Jamie first got in touch with me about their fairy tale dream wedding coming true in McKinney, I was so excited – they were planning a jumping the broom tradition, a live band from Louisiana and a beautiful candlelit reception! Jamie and Chris seemed like the loveliest people and I couldn’t wait to video their wedding!

I was surprised by a bottle of wine from the bride herself when I arrived to capture her and her bridesmaids. They were getting ready in the Sanctuary music and events building. Along with Jamie’s gorgeous dress, she wore the cutest cheetah heels and Chris wore a dark suit with a classic tie. The two exchanged gifts and letters to each other and allowed me to record the special moment separately on camera.

The wedding took place at the Bella Donna Chapel, and it was a romantic ceremony. The bride and groom went with traditional, and waited to see each other down the aisle. The couple combined the small flames from their family’s candles into one. They each wrote their own touching vows.

When the time came to kiss the bride, the bride helped herself on kissing the groom before the pastor could finish his sentence; it was hilarious, but so sweet at the same time! After the ceremony, they jumped the broom and the crowd applauded. Everyone joined outside as the newlyweds rang the church’s bells announcing their news to the world!

The wedding reception took place at the Sanctuary music and events hall, which they’d decorated with candlelight and photos. It was a charming sight.

During the reception they had a live band come out all the way from Louisiana, which you could tell everyone loved by the wave of white handkerchiefs all over the place. After the meal there were a few speeches as well as a few tears! The DJ then kicked off the party and everyone danced in the center of the venue with the newly weds.

Jamie and Chris met through Instagram. Chris proposed to Jamie on New Years Eve in Downtown Dallas in front of the Reunion Tower-watching the Fireworks. Jamie was trying to record the fireworks when they were counting down to the new year; when the number landed on one, Jamie turned around and saw Chris was on one knee.

Looking for a wedding videographer for your big day? Reach out here! 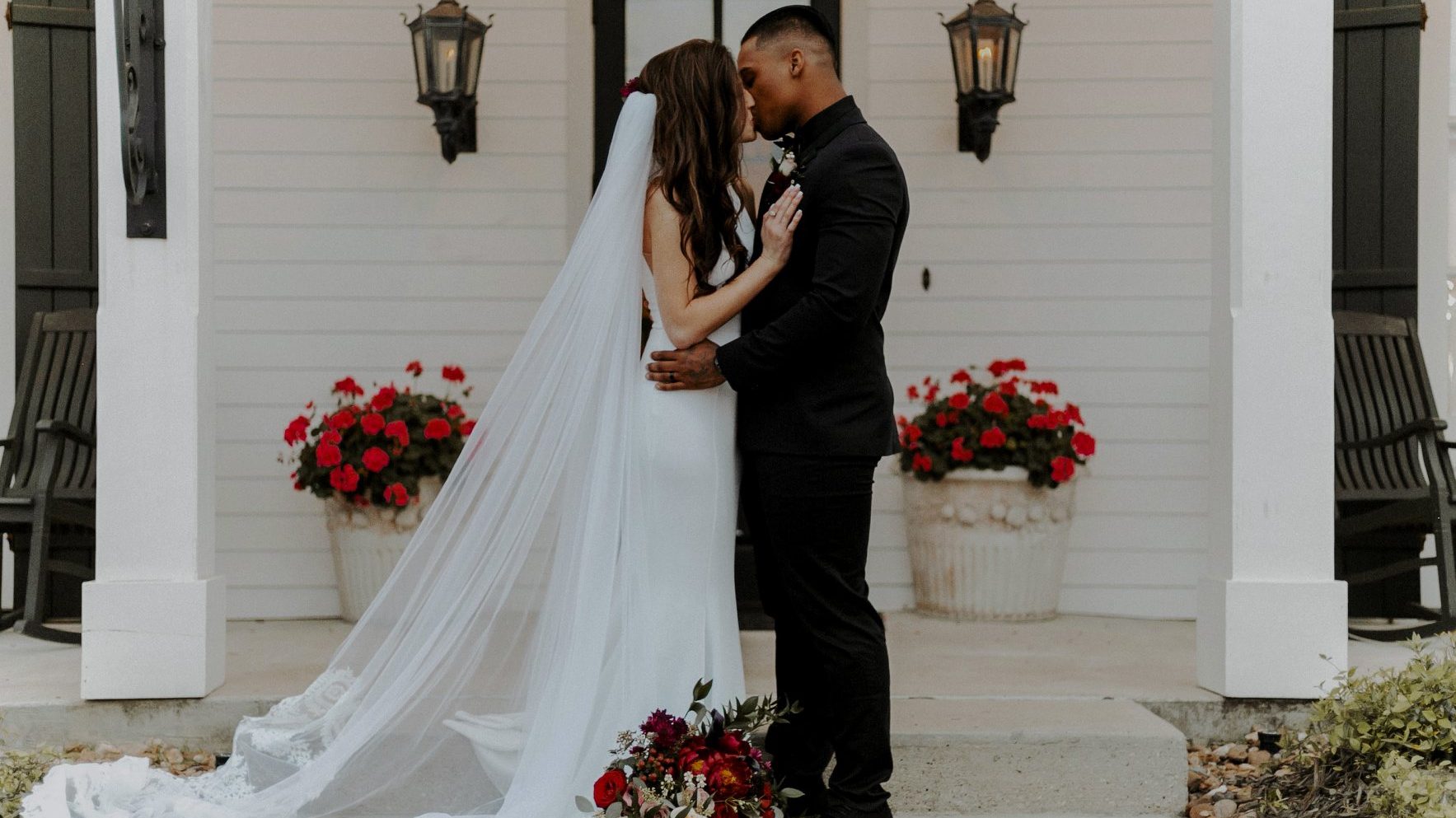 Madison and Ruben got married at an elegant plantation style venue on March 23, 2019 in Beaumont, Texas. The couple went with a stunningly dark and moody floral and decor for their wedding day. In the beginning, the two lovebirds actually went to the same high school, but when Ruben came home from the navy, fate brought them together again.

Madison got ready upstairs in the venue with friends and family, and there was such an exciting vibe. She wore a smooth fitted dress, and looked so incredible. Ruben and his boys got ready downstairs underneath where the pretty women were getting ready. He wore everything black; shirt, jacket, bow-tie and shoes.

The ceremony took place on the other end of the Laurels’ venue. The ceremony area was filled with the most important people in the couple’s lives. Pair by pair the bridesmaids and groomsmen made their way down the aisle. The couple’s daughters had the honor of being the flower girls. When it was the bride’s turn, everyone stood when they saw her. The groom smiled while tears sneaked down his cheeks. The lovebirds wrote their own vows and promised each other forever. It was a special moment when Madison’s son had the honor of holding Ruben’s ring. It was a moving ceremony.

After the first kiss, the newly weds made their way outside and were greeted seconds later by their wedding party. Everyone took photos in front of the Laurel’s house. The couple then mingled with their guests, which was the perfect time for us to get candid video clips of everyone. We got perfect video of guests taking shots, dancing and grabbing some rears underneath the hanging lights outside! The weather was calm and it was a beautiful night.

For the reception, the best man and maid of honor made a toast to Mr. & Mrs. Alaniz. Madison was surprised by a special strip tease from Ruben – which made the crowd blush and holler! Later as the music began to get louder and faster, the bride pulled in friends from all around to join her in the middle of the dance floor. Guests danced and sang out loud. As more people met in the middle, Ruben accompanied his new wife under the colored lights.

The night ended with all of Madison and Ruben’s loved ones lined up outside the venue. They each held a sparkler and cheered as the newly weds made their way down their own aisle of sparklers. Before they made it to their vehicle, Madison was swept off her feet by her new husband. The couple gave each other a kiss for the pictures and drove off into the night.

I absolutely loved the couple’s unforgettable red, blush and black theme. The mood and beauty was on point! If your getting married in Beaumont and need a wedding videographer get in touch! Here’s their wedding day highlight. 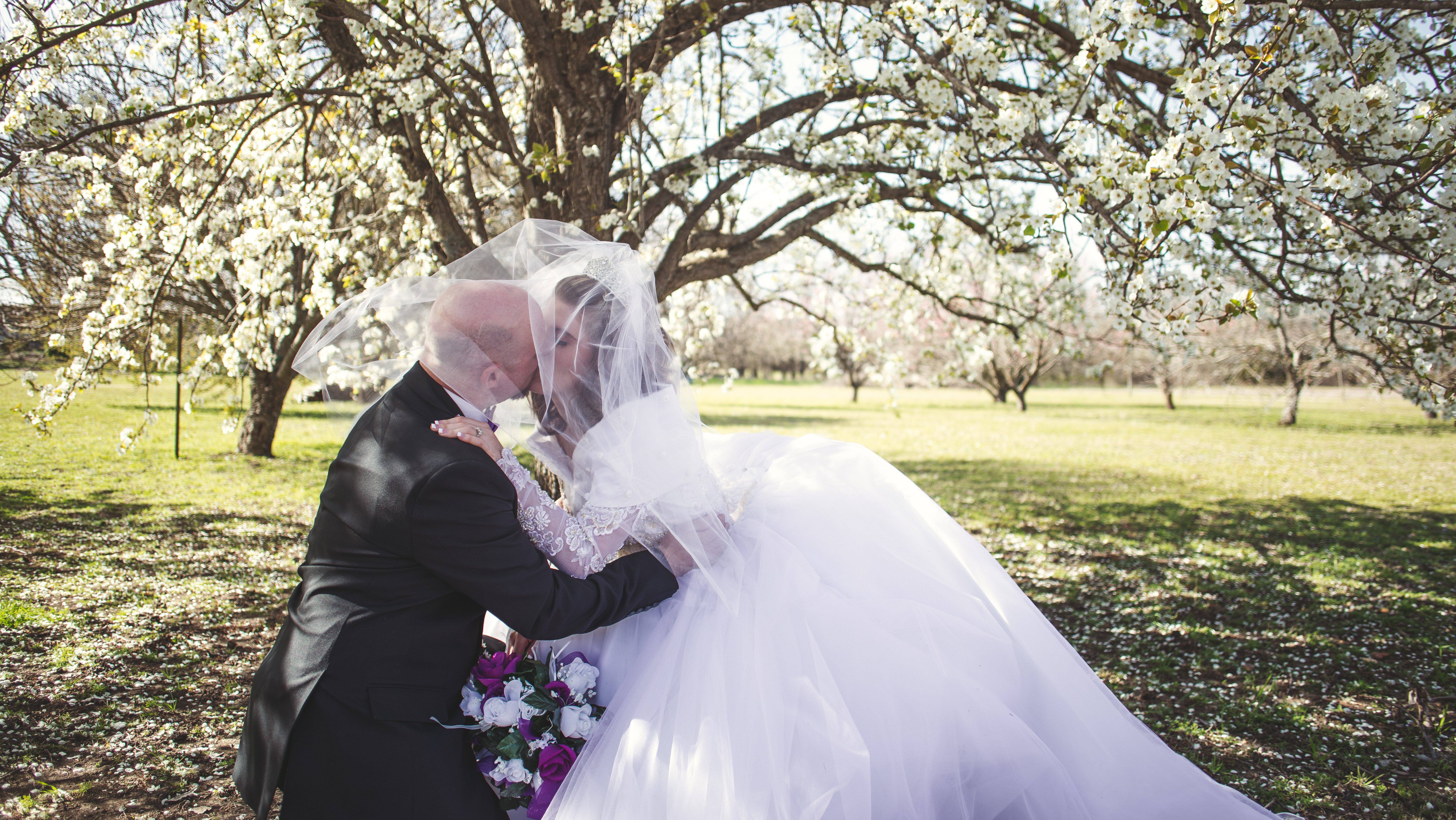 On March 21st, during a sunny Thursday afternoon, Alicia and James got married at the lovely River Road Chateau, which is a Texas chic venue in Anna. Skys the Limit Production captured the couple’s perfect day on video.

The ceremony was a beautiful service under the venue’s iconic chandelier, and the reception was held in the rustic ballroom, and it was a plum and spring inspired wedding. Mr. & Mrs. Bowles had lots of cake in the afternoon, and an intimate family dinner in the evening, and they finished off the night with lots of dancing.

If you’re throwing a week day wedding as well, get in touch! 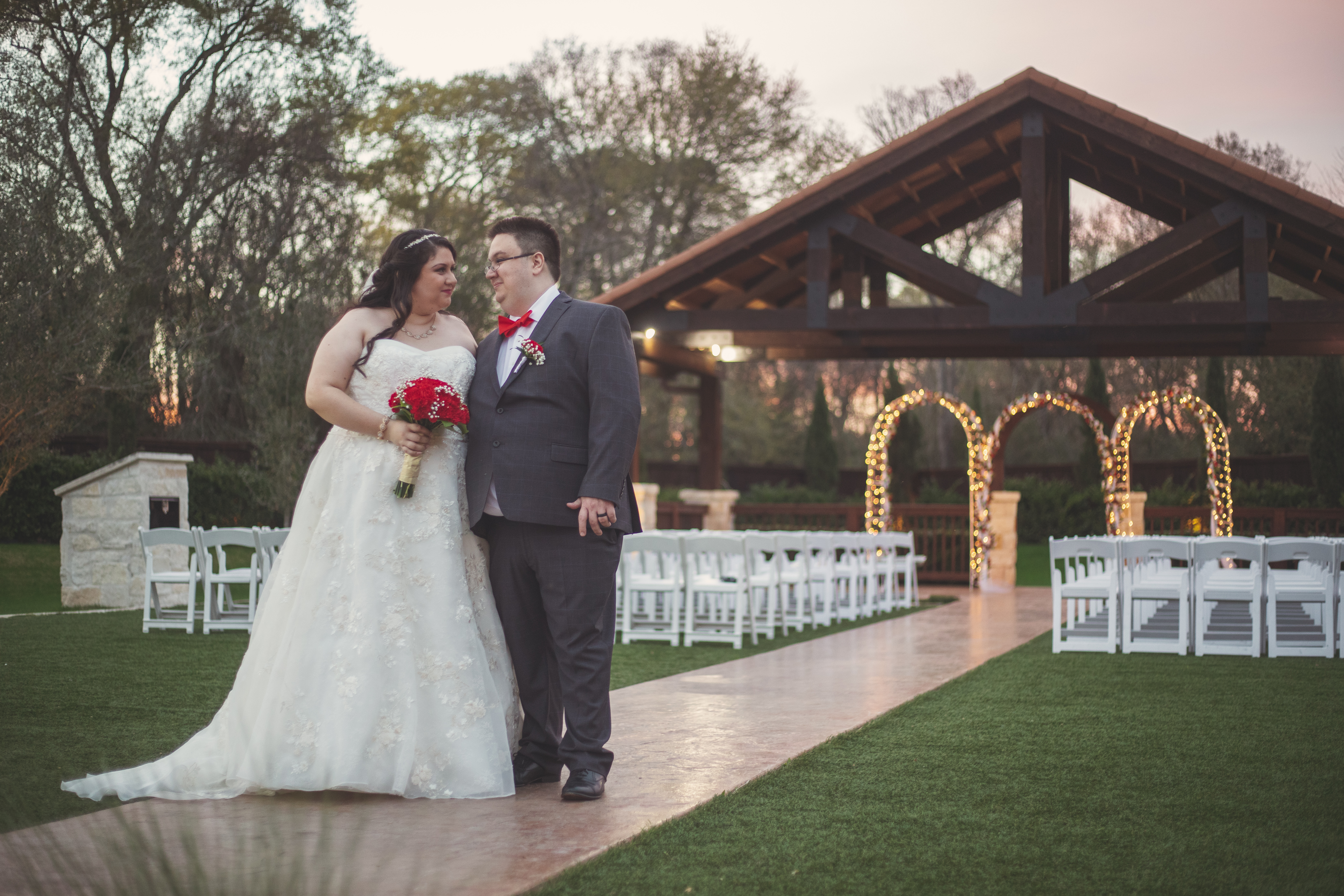